When Man of Steel debuted three years ago, it was a divisive film. The main charges levied against it were Superman’s use of lethal force in executing General Zod and the gratuitous destruction porn as Metropolis was leveled, both indicating a callousness and lack of concern on the part of a hero normally renowned for his high esteem of human life. While such criticisms certainly have merit, a deeper structural flaw of the film went altogether unobserved. Three repeating metaphors weaved their way throughout the narrative: 1) The environmental metaphor, whereby Kryptonians’ drilling for resources resulted in anthropogenic damage to the environment on a global scale, with Earth later under threat of having its environment altered to the point of inhabitability. 2) The American-immigrant metaphor, whereby a single refugee carries in him the hopes and dreams of all his people, fleeing the Old World where one’s place in society is predetermined for the New World where a man can make a life of his own choosing. And 3) the messianic metaphor, whereby a god descends from the heavens to walk the earth in the likeness of a man as a light to show the way and a Savior to all mankind.

Any one of these could have infused the subtext of Man of Steel with added depth, but in their fight for screen time, such metaphors became mixed and muddled. In trying to say too much, the film said nothing coherent at all.

Not so with Batman V Superman: Dawn of Justice. The film unflinchingly focuses in on a singular narrative motif, committing consistently and completely to the Christological reading of Superman. Such ceases to be metaphor even, trading subtext for text throughout. Previous directors such as Donner and Singer have flirted with the Jesus connect through allusions and imagery, but Snyder make such his central thesis and the stated concern of most of the movie’s main characters.

The most significant example of such is Superman himself. While he never calls himself a god or a messiah, others repeatedly articulate that view to him. He has too much humility to embrace such, but likewise too much honesty to dismiss it. He knows full well that others have put their faith in him, not only that he has the power to save them, but that he is a Savior, inculpable and omnibenevolent. He does not attempt to dissuade others of his deity. At one point, Woodburn speculates, “Maybe he’s not a Jesus figures. Maybe he’s just a guy trying to do the right thing.” It’s a reading of the character that’s been increasingly in vogue among the comic creators and fans for several years now, but in the context of this film such rings hollow. There seems good reason that Superman never latches on to that sentiment himself, never tries to convince the public of such. Rather, Superman plays his part, concerning himself as much with living up to the moral infallibility which other have ascribed to him and continually earning their faith as he does with the actual saving of lives.

Commitment to the Christological paradigm has also given cinema its most compelling interpretation of the character of Lex Luthor. It would have been easy for Snyder to have made him into a Satanic figure (and in some ways he does) or a Judas, but more than paralleling any particular role in the Gospel story, Lex is first and foremost a misotheist. Past interpretations have made him a criminally insane scientific genius (Earth’s dark mirror to Krypton’s Jor-El), a corrupt business mogul, and a xenophobic humanist. Eisenberg’s Luthor is a bit of the above, but it’s particularly fitting that the defining trait of the archnemesis of a deity should be antitheism (not a disbelief in God, but a hatred for Him). “I learned at a very young age that God can’t be all-good and all-powerful. If He’s all good, then He’s not all-powerful. If He’s all-powerful, then He’s not all-good” states Lex, in a classic formulation of the Problem of Evil.

That he sees Superman as a god, not metaphorically but literally, could not be more evident. “Horus. Apollo. Zeus. Jehovah. Kal-El.” For Lex, Superman is not merely a god, but the perfect proxy for every conception of the divine which mankind has ever formulated. Thus, Lex setting Superman against Batman is not merely a power play performed by an already powerful man. Rather, it is a theological argument made manifest: if Superman murders Batman at the bidding of Luthor, he will be exposed to the faithful as not only not all-good, but an immoral monster, just as Luthor sees God. Or if Batman kills Superman, such also proves Luthor’s point that God is not all-powerful.

If such is the agenda of the antagonist, the film as a whole is nothing short of a theodicy, an attempt to reconcile divine omnipotence and omnibenevolence with the existence of evil in the world. But Superman, unlike Luthor, makes no grand theological pronouncements. He does not offer a logical refutation, but rather performs the Passion play, recapitulating the suffering and sacrificial death of Christ as if to conclude with the Christian tradition that the reconciliation of a loving God with evil in the world is for God Himself to pay the penalty of man’s peccability (the sin in this case being Luthor’s, with literal blood on his hands bringing about Doomsday).

As such, Superman brings himself to stand before the Pharisees in Washington, saying nothing in his defense as they hurl libelous accusations at him. So too is there a Last Temptation of the Superman, with Luthor proving more devilish than Lucifer in the Gospels even. Whereas in the later Jesus refuses when Satan says “fall down and worship me,” in the film Superman is brought to his knees, Lex gloating, “Now God bends down before me! Now God does my will!”

Nor should the lack of a literal crucifixion be regarded as a departure from the Christ imagery. Superman’s spearing that great dragon Doomsday is actually an allusion to famous depictions of St. Michal the Archangel slaying Satan. One such painting seen in Martha Wayne’s mausoleum in fact foreshadows such (if memory serves it was Maffei’s version, replete with red cape, though possibly Raphael’s). Important to remember is that in some Christian traditions Michael is interpreted as the pre-incarnate Christ. Moreover, it is no coincidence that the official release date of the film coincides with Good Friday. In the Gospel story it was Good Friday, not Easter, on which Christ completed his victory over Satan, saying as he died, “It is finished.” What seemed death and defeat was, theologically speaking, a triumph over the ancient foe. Following the death of Superman, Lois’ embrace of his body is a deliberate reference to Michelangelo’s Pietà, the famous Renaissance sculpture wherein Madonna cradles the body of the crucified Christ.

That this film released on Good Friday means most moviegoers will see it over Easter weekend, and the final shot is every bit as referential as the resurrection of Christ in the Gospels as to the return of Superman in the comics. Indeed, more so. The comics killed Superman as a publicity stunt while waiting to synchronize the wedding of Lois and Clark with the television drama of the same name, deliberately distancing themselves from the Christ connection, explaining his resuscitation with techno-babble and pseudo-science. For Dawn of Justice, however, the question of Superman’s divinity is the focus of the film. The promise of a resurrection is nothing short of a final, absolute affirmation of Superman’s identification with Jesus. For two-and-a-half hours of runtime prior to such, numerous characters asked whether the world needs Superman to be a divine savior. In these final seconds director Zack Snyder offers a resounding “Yes.”

Such is so central to the film that any further comments seem mere footnotes, but they bear mention. Ben Affleck is the first actor to depict Batman on film. Keaton, Kilmer, Clooney, Bale… they were evidently playing some other part. Batfleck is brilliantly brutal, and Snyder composes his every action clearly and with true cinematic flair. His fight to save Martha Kent lookes like a scene out of an Arkham game two or three console generations hence. And such choreography was compounded with emotionality as the vicarious struggle to save his own departed mother Martha was made explicit.

What does not work for the character, at least at first seemingly, is the frequent nightmares. Such makes early scenes difficult to discern between actual plot and internal psychology. However, such a set-up pays off when Snyder subverts the formula half-way through in an all-out war between the armies of Batman, Superman, and Apokolips. What at first seems a look into Bruce’s psyche is revealed by the presence of a time-traveling Flash to be a flash-forward to one potential future.

The rest of the League’s cameos are less successful, forced set-up for future films that do little to serve the plot to Dawn of Justice itself. But such is, apart from Superman’s continued lack of red trunks, the only significant flaw in an otherwise cinematic masterpiece.

Of particular praise, surprisingly so, is Eisenberg’s Lex Luthor. Every single utterance from him simultaneously reveals his utter genius and utter insanity. He is a master of wordplay, speaking circuitously in a manner which evidences his compulsion to demonstrate his brilliance with as much brevity as possible. When the casting choice was first announced, the assumption was that such was inspired by his portrayal of self-made billionaire Mark Zuckerburg. However, knowing now the script and Lex’s intended manner of speech, it’s impossible to imagine any other actor delivering such lines.

Luthor’s dialog is in fact just one aspect of an incredibly smart script, one likely to go over the heads of most casual fans and critics alike. They’re liable to see Snyder bashing action figures together mindlessly against a grim and gritty backdrop, and in doing so missing the numerous references to mythology, theology, art history, and more, or how such are all in service of a singular thesis, resulting in a superhero film every bit as narratively coherent and philosophically compelling as Nolan’s Dark Knight.

Batman V Superman: Dawn of Justice is nothing short of the greatest telling of the Greatest Story Ever Told. It’s the best superhero movie since The Dark Knight and a better Easter movie than Gibson’s Passion of the Christ. It is Miltonic in its message and scope, seeking “to justify the ways of God to men,” doing so with drama on a truly epic scale. 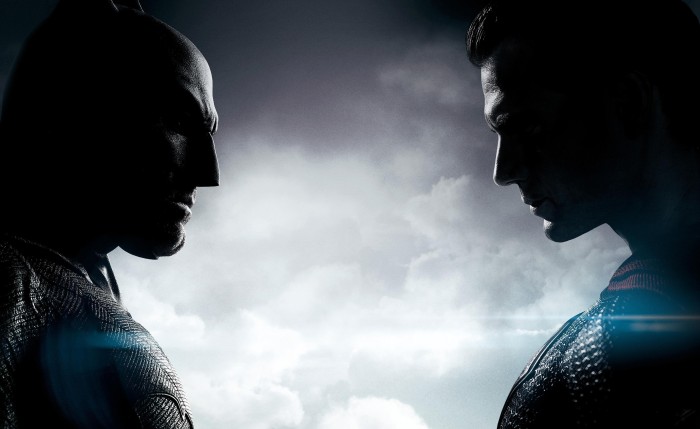