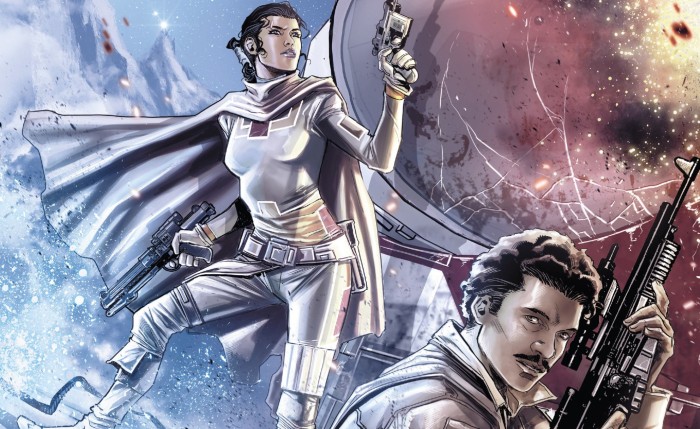 Apart from Star Wars and Indiana Jones, my favorite Harrison Ford movie is probably Air Force One, wherein the President of the United States single-handedly defeats a cell of Russian terrorists who had taken the plane hostage. In my favorite scene of the criminally underrated White House Down (which asks the age old question: what if Die Hard were set in the White House?), President Jamie Fox wields a rocket launcher from the back of a Humvee, blowing up a vehicle full of terrorists as they chased him round the lawn of 1600 Pennsylvania Ave. And who could forget the climactic moments of Independence Day, with President Bill Pullman delivering our generation’s equivalent of the Gettysburg Address, only to moments later lead a squadron of fighter jets against against the invading alien fleet!

The point here being, it is entirely possible for a writer to contrive a scenario in which a world leader on the frontlines of a battlefield comes across as perfectly plausible. But given the great deal of disbelief that must be suspended, such plausibility is extremely difficult to earn, which explains Greg Rucka’s failed attempt at such in the pages of Shattered Empire #3. With mere pages of build-up, the reader is expected to accept that the only to individuals on the planet (or even just the city of Theed for that matter) fit to accompany protagonist Shara Bey on a suicide mission are Princess Leia and the Queen of Naboo. Leia’s no stranger to frontline combat, of course, having been a member of the ground team at the Battle of Endor, but here she is not merely a member of the Alliance military; she’s acting as an ambassador in an official government capacity. And as for the Queen, none of her advisors or security detail raise much objection to her snap decision to charge in like the Light Brigade.

This is a singularly stupid scene in an otherwise stellar issue (and superb series overall). And even it has one redeeming moment: Leia, as she enters the hangar bay last seen in The Phantom Menace, senses through the Forces the darkness which Maul’s presence had imprinted upon the area. While Leia’s natural aptitude was established in the original trilogy, it was rarely touched upon, yet here it is used to great effect.

The last pages end with a swift resolution to the events of the first three issues, leaving the direction for the fourth and final in the miniseries full of possibilities. Aside from the aforementioned problem of the powerpuff girls, this is the only other major criticism of the series. Given the strength of the writing and the art, had it time to breath this story could very well have served as a de facto episode VI.5, a post-Return of the Jedi equivalent to Shadows of the Empire.

Speaking of the art, the Force remains as strong as ever with Checchetto. I’ve said this in a past review but it bear repeating: the stylized art in Shattered Empire is visually more striking than the live action footage and special effects of the actual films. Were he to illustrate newly authorized graphic novel adaptations of the films, I’d probably prefer the adaptations to the source material itself (and no, that’s not hyperbole). Given that this is only the first year of Marvel once again holding the licence to publish Star Wars comics, Checchetto will presumably have plenty of opportunity to work in this universe again. His ability to render the iconic character, vehicles, and locations with such incredible accuracy while infusing a flair all of his own makes him the perfect candidate to do so.

Because of a single extended scene that soured the rest of the issue, Shattered Empire #3 is the weakest in the limited series to date, but it is by no means a weak issue; it suffers only in comparison to how consistently excellent this series has been. Rucka and Checchetto have collaborated before on Punisher and Avengers World, but both are bringing their absolute best work to Star Wars. Put down the Battlefront beta and pick this issue up immediately!

One thought on “Journey to Star Wars: The Force Awakens – Shattered Empire #3”