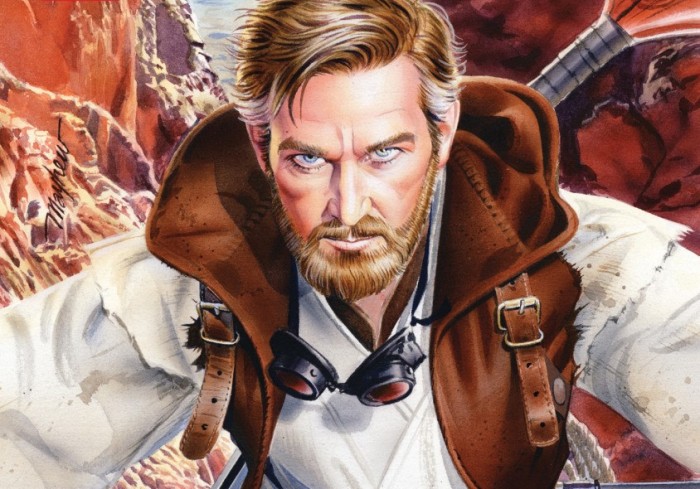 There’s an alluring appeal to the ascetic, hermetic existence.  It is the flight-or-fight instinct responding not to danger but to dissatisfaction with society, fleeing not to safety but to solitude.  It’s a temptation to which I’ve in the past personally succumb; a decade ago, perturbed by particular political players and their pawns, I foreswore further engagement with my collegiate community, locking myself away alone in my apartment a long while.  But the same dissatisfaction which informs the flight instinct feeds the fight as strongly.  Like a hero at the start of his journey receiving the call to adventure, there came a knock on my dorm room door one day; likeminded conspirators came conscripting me, pleading that I should be the public face of a fight back against the improprieties we’d taken issue with.  Taking up my metaphorical lightsaber, we accomplished achievements too numerous to enumerate, among which was together founding a collage and managing two campaigns for the United States Congress.

Obi-Wan, as Jedi Master and member of the Council, was capable of far more than that should he have chosen to fight, whether the planetary gangsters or galactic government.  Given the dissatisfaction, nay, the righteous anger, such egregious enemies must have engendered, the dichotomy of war or withdraw, militarism or monasticism, left him no middle option.  There is no possibility for passive aggressive pleasantries among a “wretched hive of scum and villainy.”  But nor is there any permanence in the decision hide from the world, as Obi-Wan and I both experienced.  The temptation to intercede, to go from cloister to crusader, is particularly potent, practically palpable in this issue.

Whereas in issue seven, there previous excerpt from the Journal of Obi-Wan Kenobi, the Jedi was vindicated in interceding, here in issue sixteen his efforts prove futile.  We see the clearest example of the rift between Kenobi and Lars in the canon to date.  A New Hope had highlighted their opposing approaches, even heavily hinting at ill will between the two, but such was never as explicit and explosive as seen here.  In a way, their characterization in the issue imputes both characters’ reputations: Owen for overprotective parenting and a provincial mindset; Obi-Wan for his lack of foresight in handing a son so special to so small and simple a man.  And yet, such flaws work to make both characters more interesting and this issue quite compelling.

Still, merely compelling pales in comparison to the truly thrilling issues of the recent Vader Down crossover, and this issue would pale in comparison if not for Mike Mayhew’s painterly art.  Marvel’s Star Wars has had numerous artists already, all amazing in their own right and each seemingly brought on to outshine the previous superstar.  From John Cassidy to Mike Deodato to Marco Checchetto and now to Mike Mayhew, the universe keeps getting more photorealistic and closer to its cinematic counterpart.  And yet, given Mayhew’s skill here, where has this trend to go beside Alex Ross himself painting the interiors with the original cast serving as his models?

In fact, Mayhew has worked on the galaxy far, far away before, in one of Dark Horse’s best and last series, The Star Wars, an adaptation of one of Lucas’ earlier drafts.  However, for the miniseries Mayhew was channeling the late great Ralph McQuarrie (and quite successfully at that).  Here he is free to set a style of his own, and I pray it’s not the last time we’ll see it applied to this beloved franchise.  If there’s one complaint to be levied against Mayhew, it’s that his Obi-Wan is essentially Ewan McGregor with more grey in his hair.  I’d have preferred more of a half-way between McGregor and Guinness, given that the timeframe is about halfway through Episodes III and IV.

Under Marvel’s stewardship, the Star Wars franchise has hit such a stride that even tales of Obi-Wan’s time hiding as a hermit are utterly engrossing.  And that proven quality of the franchise has clearly attracted the top artistic talent in the industry today, including this issue’s Mike Mayhew.  Star Wars #15 may be a side-story plot-wise, but its outstanding quality makes it absolutely essential.