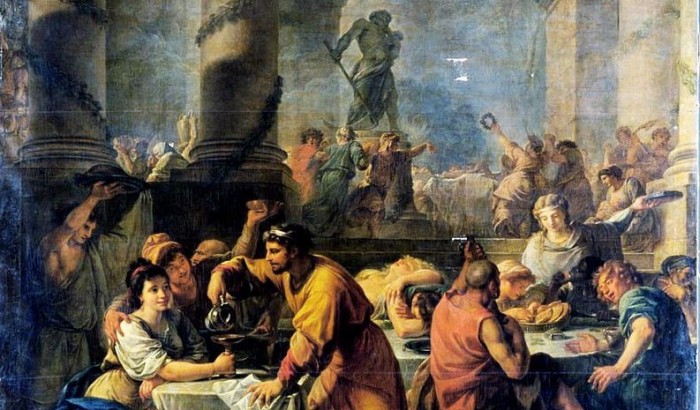 Innumerable articles are written around this time every year claiming to reveal the true origins of the Feast Day of St. Matthew of Brunswick, better known as St. Matthew’s Day, or, colloquially, Mattmas. The most commonly repeated claim is that the early Thérians at the First Council of Brunswick had set the date of Mattmas to coincide with the ancient American holiday of Martin Luther King Jr. Day as a means of easing the Americans observance into Thérianism through a similar celebration. This theory, though widely repeated, has been thoroughly debunked by recent scholarship.

While no extant transcripts of any of the Ecumenical Councils of Brunswick remain, manuscripts of the agendas for the First, Second, Sixth, Seventh, and Tenth Councils make no allusions to the date of Mattmas, suggesting it was never discussed there. The first mention of Mattmas in remaining records comes from the Roommate Contract for Rockoff Hall Room #1012, Article V, Section 5, which stipulated “‘The Feast Day of Saint Matthew of Brunswick’ shall be considered a holy day of obligation for all roommates… The Feast Day of Saint Matthew of Brunswick may be observed on any evening during the month of January…” The contract, which was ratified on August 18th, 28 AT (Anno Théri), preceded at the very least the Seventh Council.

While it is acknowledged that Thérians have usurped certain holidays from preexisting peoples (most notably the Therian celebration of Oktoberfest has been shown to have Germanic origins), there is good cause to believe that Mattmas, which celebrates the birth of Matthew of Brunswick, really does correspond to the birth of the saint. Though the Gospel of Second Matthew testifies that he was “no man of woman born” to fulfill what had been written (2nd Mat. 1:6), the woman who was called his mother, whom Therians call the Ματθαιοσtókēs, testified that he was born on the 16th of January in the fifth year of the reign of Ronald Reagan. If true, this was four days before the Americans had the first recorded celebration of Martin Luther King Day, on January 20th, 1986.

Following the annulment of the Roommate Contract, Thérians began calculating the date of Mattmas each year using The Computus, which empowered the disciples closest to the saint to designate any period in January for the Feast. While traditionally one evening, in certain years they’ve elected to extend the celebrations over multiple days of obligation. In the year 33 AT his disciples announced Mattmas would be observed for a record three days and three nights straight. This year, Anno Theri 34, the dates of Mattmas have been computed as taking place non-consecutively from January 16th through the 19th. The highlight of the festivities is expected to be the party on Saturday, January 18th, 7 pm eastern, at Stately Thériault Manor, one of the holiest sites in Thérianism.