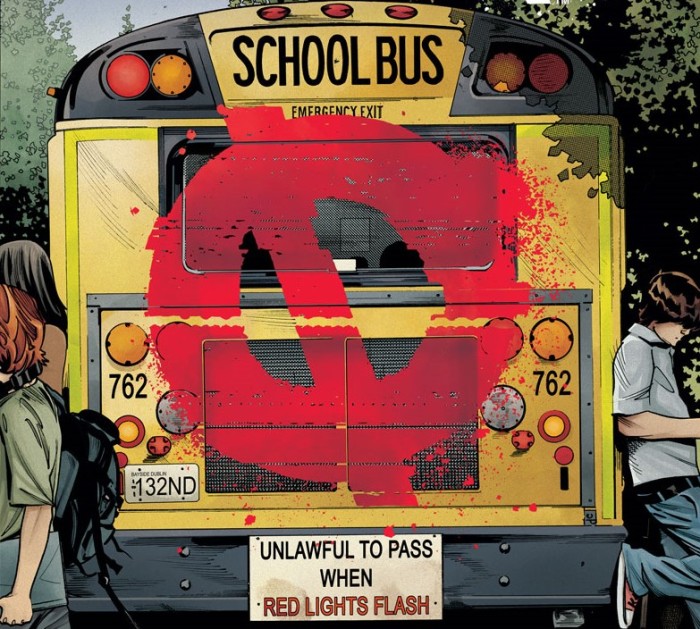 The first page of Generation Zero – Valiant’s latest spinoff series from Harbinger, making it a close companion to such series as Imperium and the upcoming Renegades – introduces new readers to the central cast via a mock yearbook page, replete with names, portraits, and witty remarks written below, hinting at the powers or personality of the characters. All save for one. Beneath the picture of Keisha, the only outlier given a first name instead of a code name, all that is written is “Depressingly normal.” This is true only in the sense that she fails to display any sign of psiotic powers as of yet. Otherwise, Keisha is, by her own devising, aggressively not normal. Her pierced lips are the same shade of indigo as her half-shaved head. Her glasses scream “hipster,” her garb “goth,” and Ankh and tribal tattoos shout “name-brand counter-culture.”

None of this differentness actually serves to make her an interesting individual; throughout the issue, she seems like a half-formed idea or the rough outline of a person, which, as someone who spends a great deal of time around college freshmen and sophomores, I’ll testify that such is an accurate description of most actual teenagers. But it doesn’t make for a likable or even compelling protagonist. I’ve long been of the school of thought that art should not too closely mirror reality, and specifically in this case that younger character should be written as slightly older (Calvin or the boys from South Park are enduring characters because they’re not written as literal children). But beyond merely being an overpowering flavor in terms of her personality, like fine French cuisine drowned in Tobasco sauce, Keisha is unlikeable as a protagonist for other reasons – which make her the major hurdle to enjoying a conceptually cool comic. 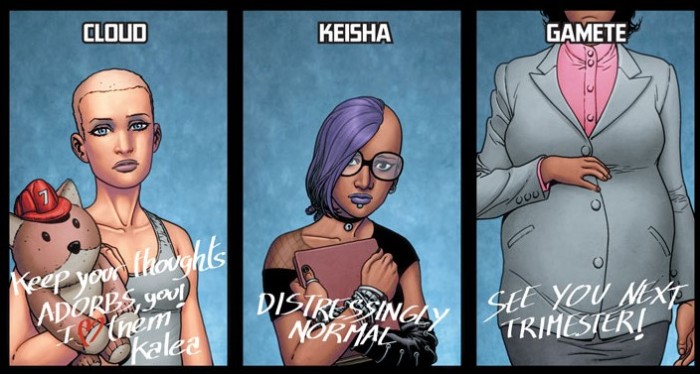 Keisha is written as harboring a great deal of unwarranted animosity towards any individuals not in her small and swiftly shrinking clique. Such prejudices sometimes make for a great character; much of Magneto’s pathos derives from his well-earned hatred of humans, burning quietly in his heart till provocation on the part of mankind strokes the flames of his villainy. Not so with Keisha. All her marks of rebellion seem reactionary against the affluent students of the Abercrombie crowd for… reasons. It’s never really made clear how – or even that –  she’d been wronged. Her defining moment was crying “exploitation” when one such student had the common courtesy to invite Keisha to a party in memoriam of her late boyfriend Stephen. Keisha’s evidence that this surely signified a slight against herself? The fellow student often engaged in charity, and must therefore be a bad person only pretending to have decency. It’s a leap of logic made all the more difficult by the fact that none of Keisha’s own actions serve to balance out her deep-seated negativity and thus engender her in the eyes of the reader. At best she can be said to be affectionate towards her own family members, but even then the major takeaway from the scene in which this is established is that Keisha is oblivious to her brother Kwame’s budding but obvious psiotic abilities.

If much of this review seems fixated on the character of Keisha while barely mentioning the titular Generation Zero, that’s only because the same can be said for the issue itself. It does a poor job introducing the heroes whom the series will presumably star, featuring only a few of those found on the cover, and only in the final few pages at that. Again, this is not itself poor story-telling per se. The first issue of Imperium was a vision of the utopia which could be created if the Harada and his allies were successful in their mission; it seeded in the reader’s mind the motivations driving many of the group’s radical actions. Contra Generation Zero, which mainly reminds readers how insufferable teenagers can be in general while saying nothing specific whatsoever regarding the teen heroes whom the book is billed as being about.

More successful is the world-building accomplished in this issue. Rook, Michigan is evidently a more fascinating locale than the denizens who inhabit it. The prospect that their “Redneck Dubai” is in reality nothing but a Potemkin village has all the ingredients of a great Fringe or Black Mirror episode. Better yet is the concept of cornermen, who can only move through right angles and be seen only with weaponized geometry. With psiots being Valiant’s mutants, and given the name “Generation Zero,” this book is presumably channeling Generation X to some extent. But if seriously strange sci-fi such as the cornermen are a regular staple of the series, it could (hopefully) have more of Morrison’s New X-Men in its blood. 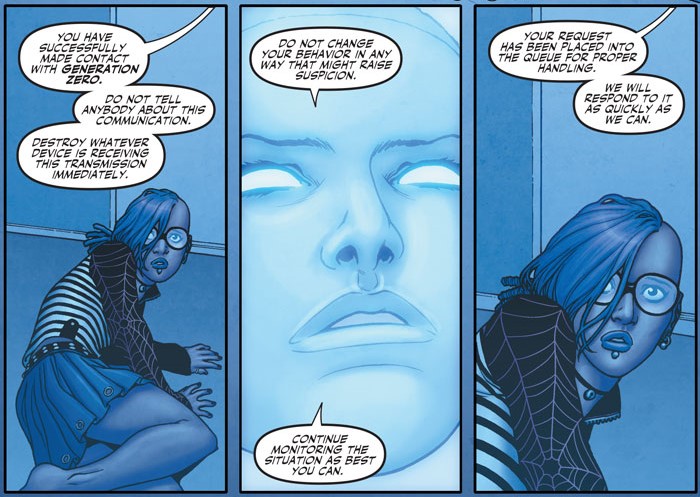 First issues are notoriously poor indicators regarding the quality or direction in which a series will eventually develop. It may be that future installments will indeed feature much more of Generation Zero themselves and the likes of the cornermen and other uncanny encounters. But just as easily the elements which worked in this debut could prove the aberrations, with the teen angst embodied by the character of Keisha being doubled-down on with each new installment. Given my love of Imperium and my interest in revisiting Harbinger – especially in anticipation of Renegades – I came to Generation Zero with high hopes. After this disastrous debut, I won’t be burdening the next issue with any such lofty expectations. And if that second issue is much the same as this first, I won’t be coming to the third issue at all.