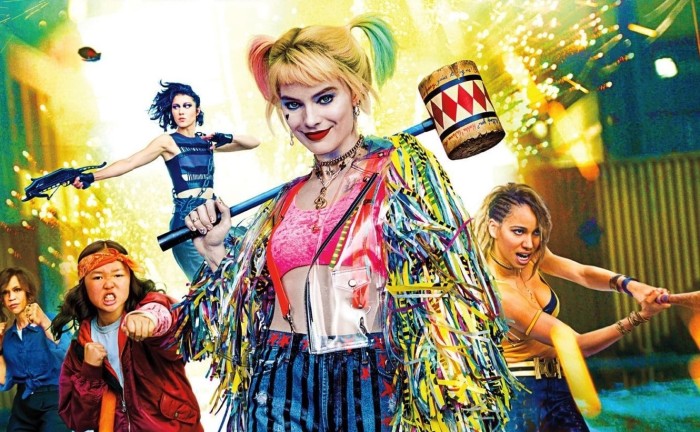 Birds of Prey and the Fantabulous Emancipation of One Harley Quinn is an utterly appropriate title for the latest offering from the DC Extended Universe. The laconic first part signals it as an ensemble film, while the loquacious latter half tips its hat to the fact that the spotlight will be center solely on its real star. Just as in Suicide Squad, Margot Robbie once again has to carry the whole film and the rest of its cast squarely on her shoulders. She is the sine non qua without which Birds would be the most fatal fumble for DC to date (notwithstanding Halle Berry’s Catwoman).

Acting is ninety percent in casting. Robbie was right for the role in a way nearly all other actresses of similar or greater skill were not – and not merely because she has the most breathtaking badinkadink (especially for a role which requires drawers that make Daisy Dukes look like a hijab), though that lithe physique certainly contributes to the athleticism and agility which were prerequisite to the performance. Nature also saw to gift her “crazy eyes,” such a tell-tale sign of instability that one wonders whether Robbie is not so much acting as letting loose her inner Harley. And her bee-stung lips provide the perfect canvas for Quinn’s trademark cosmetics, half-clown, half-geisha, allowing her to practically pantomime her performance like a harlequin straight out of Commedia dell’arte.

It doesn’t hurt that Robbie’s raw talent brings the remaining ten percent to the performance as well. She perfectly affects the Transatlantic accent associated with the character, channeling the iconic vocal performances of Arleen Sorkin and Tara Strong before her. Nor would her fit frame be as effective were she not so physical throughout the film, nor would her crazy eyes work as well did she not know how to bat them just right. It’s that conjunction of effortless aptness and effortful acting that ranks Robbie in the upper echelon of artists who have definitely embodied a character in cinema, standing alongside the likes of Ledger’s Joker, Jackson’s Nick Fury, and Simmons’ J. Jonah Jameson.

While I’m firmly opposed to discrimination against disabled individuals when hiring, perhaps Warner Bros should have brought on a casting director who wasn’t blind, which is what must’ve happened, as none of the extended ensamble bear any semblance to their comic book counterparts.

Rosie Perez is the most egregious example. Maybe in her prime she could have passed for Rene Montoya, or at least for a generic female detective physically fit enough to throw down against goons and gangsters, but as it is she looks like she has a few years on Dame Judi Dench. She’s so old she surely ranks above Betty White on the celebrity Deathlist. The only superheroine she should be portraying onscreen in her geriatric age is Ma Hunkel. Then there’s Jurnee Smollett-Bell, whose portrayal of Dinah Lance wasn’t any more convincing than her brother’s portrayal of a hate-crime victim. Did the film hit its quota of beauteous blondes with Margot that they couldn’t find one to also portray the famously fair-haired Black Canary?

One loathes to stoop to the level of the perpetually outraged twitterati who decry every casting decision as racist, but casting Ella Jay Basco was kind of racist. The only commonality she shares with Cassandra Cain from the comics is their Asian ancestry, and to suggest that’s sufficient is equivalent to casting Melissa McCarthy as Barbie because they’re both white women. Orphan – as she’s known in the comics – is a svelte and slender assassin with greater martial arts expertise than Huntress, Canary, or Quinn – a far cry from the full-faced street urchin and pickpocket seen on screen. While the wide-framed Basco could not have portrayed an accurate rendition of Orphan, just as much blame for the divergence falls on writer Christina Hodson, who made the mute Cassandra Cain uncharacteristically chatty. Indeed, between the offcasting and writing, Birds would have been better off replacing the part with a briefcase in which to carry the MacGuffin, which is the only roll of any significance she serves to the plot anyway.

Even Mary Elizabeth Winstead as Helena Bertinelli compares poorly to the previous live-action incarnation of the character in the Arrowverse, played there by Jessica De Gouw. Speaking of which, Winstead’s costume, along with the rest of the Birds’ by film’s end, appear to have been stolen from one of the lower-budgeted shows from the Arrowverse. Too often DCEU films feature costumes which wouldn’t win a contest at ComicCon, but these are so bad that a little kid wouldn’t be given Halloween candy while wearing them.

The one actor apart from Robbie who was right for the role and holding his own alongside her performance is Sir Ewan McGregor (the Queen never knighted him, but but he was a Jedi Knight). While the black mask he dons as Black Mask is every bit as bargain bin as the gals’ garments, as Roman Sionis he evidences a range heretofore unseen in Ewan. One scene set in his nightclub sublimely showcases such, with him drifting so gradually and gracefully from genteel to tyrannic that one wonders whether he’d have made a better Anakin than Obi Wan.

But just as much as by McGregor, Black Mask is brought to life by the phenomenal sets surrounding him. His penthouse is ostentatious in its bold clashings of colors and styles, but tied together through the ubiquitous use of the mask motif, a clever way to convey the identity of the character without hiding McGregor’s face for too much of the film’s runtime. It’s far from a subtle piece of set design – the filmmakers were so proud of it that they had Roman lead a guided tour when we’re first introduced to his place. The aforementioned night club seems deliberately reminiscent of the many similar locales which served as fronts for the gaudily-garbed gangs of the Gotham envisioned in the ‘66 Adam West series, albeit with slightly more modern sensibilities. I say slightly because the whole film looks to have a faux ‘70s veneer over its modern setting.

Perhaps the most successful piece of set design is in finally fusing the unique cityscapes of the comic book Gotham and its real world counterpart, New York, into a single, seamless amalgamation. Adam West’s Gotham was clearly Californian, and Nolan’s an amalgamation of major metropolises like Manhattan and Chicago, with little taken from the comics. Snyder’s Gotham was perhaps the most literal translation from panel to page – no surprise, given his pedigree. And Joker’s was simply New York City renamed to its metronym. Birds of Prey alone concordantly combined the distinctive concrete canyons of the five boroughs with recognizably comic locales like Amusement Mile.

Nothing about the plot is particularly profound, and like the cast, is carried entirely by Margot Robbie’s performance. It borders on being clever at the beginning, in which Harley narrates that every good story should start at said beginning, only to promptly subvert her own proscription and instead delve into a non-linear narrative. The rashomon-lite way in which character’s stories overlap when Harley first introduces them and recounts their backstory gives off vibes of Pulp Fiction, though if the film is attempting to emulate Tarantino, it should follow the old adage that good writers borrow, great writers steal. Similarly, flashbacks to Huntress’ training as an assassin in Sicily seem to want to evoke Beatrix Kiddo, but also fails to fully commit. Under an auteur, Birds of Prey could have had the makings of something special, but as it is the script plays it too safe.

If the film is about anything, it seems to be speaking to girls about the power of female friendships as a healing salve for the emotional damage from an abusive relationship. Harley’s self-destructive behavior towards the beginning of the film juxtaposed against her self-assured attitude by the end certainly hint at something like a character arc. The story seems to suggest that this is the result of fighting alongside the rest of the film’s femme fatales. The problem with this is that already early on Harley was willing to open herself up to friendships with her roller derby crew, her hyena Bruce, her landlord Doc, and even random strangers like Dinah Lance. Nothing internal to her character changes through the course of events; there’s only the extrinsic change that she’s now surrounding herself by less shitty people.

It did the film no favors that the emancipated Harley Quinn couldn’t be contrasted more clearly with who she was while with her Puddin’. But Jared Leto’s universally derided portrayal of “Mr. J” left few good options for the filmmakers. Either a more extended cameo or a total recast would have both been as equally bad options as what they went with in barely having him appear. Still, in being forced to tell instead of show, the film suffers for not more dramatically conveying what exactly Harley was being emancipated from.

Birds of Prey is far from the fantabulous film that the DCEU needed to finally find a steady stride as a cinematic universe and begin to be in competition with the much more established MCU. But at the very least Robbie’s successful sophomore outing as Harley Quinn proves her portrayal of the character has lasting appeal, giving hope to potential projects such as Gotham City Sirens. Because if she could somewhat salvage an otherwise flop like Birds of Prey, then given a solid script and a competent cast, Margot might very well have it in her to deliver the next Logan or Joker.