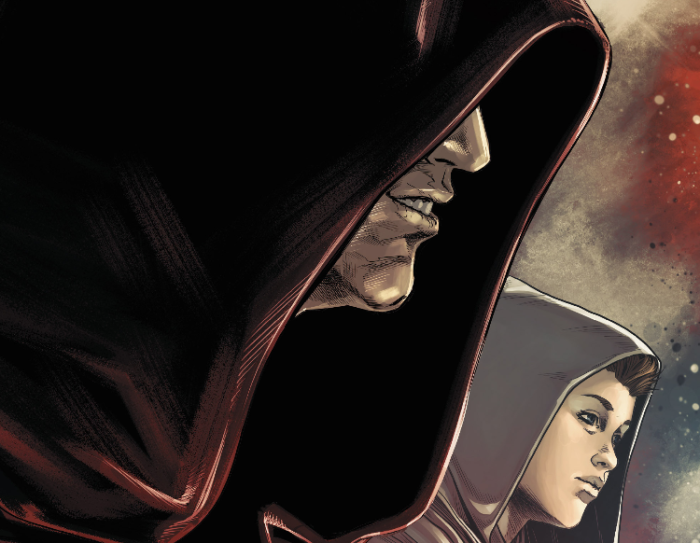 “A young Jedi named Darth Vader, who was a pupil of mine until he turned to evil, helped the Emperor hunt down and destroy the Jedi Knights. He betrayed and murdered your father. Now the Jedi are all but extinct. Vader was seduced by the Dark Side of the Force.”

Seduced by the Dark Side. This is all we’re told regarding Vader’s fall from grace in the first film. Growing up knowing only the Original Trilogy, my assumption was that Anakin turned heel for entirely ignoble ends. Such would not have been surprising. We see such in the real world more often than not. While one variation of villainy views themselves as the hero of the own story, justifying to themselves unjustifiable acts, far more often an immoral life is born out of an amorality and apathy. Moral Fortitude first requires a belief in morality, and secondly the hard work of philosophically discerning moral from immoral actions, and only then the even harder work of actually acting morally. In real life, the Dark Side is our default.

Thus it would have been perfectly believable that Vader would have succumbed to the temptation of power for power’s sake, not towards any greater good, but because he no longer believed in goodness, or no longer cared. I’ve frequently seen such firsthand in friends, none of whom were consciously committed to wrongdoing, but who would pirate games, rip music, and torrent movies without even needing to quite their conscience because it never occurred to them that stealing digital media constituted theft. They were seduced to evil easily, not because they thought their enjoyment of such entertainment was an end which justified larceny, but because they simply saw something and set upon it, sans moral consideration or concern. As someone who’s for many years done the hard work of moral reasoning, formally as a philosopher and theologian and informally in my daily living, I find such amorality far more abhorrent than immorality. The later may be misguided, but it least it aims for righteousness.

Thus the decision to flesh out the fall of Vader, first poorly in the Prequels and now more successfully in Soule and Checchetto’s Obi-Wan and Anakin comic, was absolutely the right one. It turned the most iconic antagonist in cinematic history into a truly tragic villain. He’s more than “a cunning warrior, and a good friend” turned bad; he is a good man turned bad for good reasons. In seeing the Dark Lord’s continue his temptation of the Chosen One in this issue, the reader feels the same temptation weigh upon their own hearts as Anakin must. The tempter brings our hero to a den of vice populated by the most powerful men in the galaxy. A more Faustian devil would promise power that such profits and pleasures would likewise belong to Anakin, all for the measly price of his soul. But Sidious is more insidious than that. The most powerful man in the galaxy feigns powerlessness that Anakin should seek more power yet, that he might bring such unjust men to justice. In this way he is not seduced so much by the Dark Side as by the Light.

Such is, of course, a snare, but a suitably subtle one. Already during his time on Carnelion IV he begins to take the first missteps on the path Palpatine has set him on. Anakin rightly desires to do good, to fix things, whether they be broken droid processors or broken political systems, but, per Obi-Wan’s observation, he lacks patience. He does not engage in the hard work of moral reasoning, discerning not just that which is obviously wrong, but what would be instead right. Thus in finding the Jedi ineffectual, he sides with the effectively evil Sith. In finding the bureaucracy of the Republic corrupt, he ushers in the totalitarianism of the Empire. And therein lies the lie: lack of power was never the problem, but rather lack of wisdom. Yoda was wrong. The Dark Side is indeed more powerful. But it is brute power and folly which could never fix the real problems in the galaxy, only compound them.

Anakin’s fall is elsewhere foreshadowed in the issue through his seduction by a force far more powerful than the Dark Side: a beautiful girl. At one point, a trinket is brought aboard the airship they occupy, and when its alleged danger is discovered it is immediately jettisoned. Kolara “confides” in Anakin that she possesses one similar on her person. Upon inspecting it, Anakin remarks:

“But that’s… that’s beautiful. Why can’t you have it?”

“Because they say I can’t.”

Such of course is a metaphor for the Jedi code’s prohibition on romantic relationships, Anakin’s budding attraction to the blue-haired Kolara, and of course to his eventual love for Padme, itself irrevocably tied to his departure from the order and turn to the Dark Side. Yet that the danger purported proves real with respect to both the pendent and Padme does not justify such prohibitions. Anakin may be thinking with his little lightsaber, but he’s also right to feel injured by such overreaching regulations. A life bereft of beauty is but more brokenness Anakin sets out to fix, his heart in the right place for doing so. That such is done in secret and shadows shows his impatience and folly, but does not impute the rightfulness of his desire, not merely that he is within his rights to esteem beauty, but that he is indeed right to esteem beauty so.

Speaking of, Checchetto’s art continues to be so. It’s still not up to the high standard he’d set for himself on Shattered Empire, but I’m beginning to think much of that is due to the drab and somewhat clichéd steampunk-esq setting of Carnelion IV. I’d be interested to see his take on other locales in the Galaxy Far, Far Away.

Obi-Wan and Anakin continues to be the most meditative of the various Star Wars comics currently on shelves, and one of the best explorations of Anakin’s gradual decent into darkness.